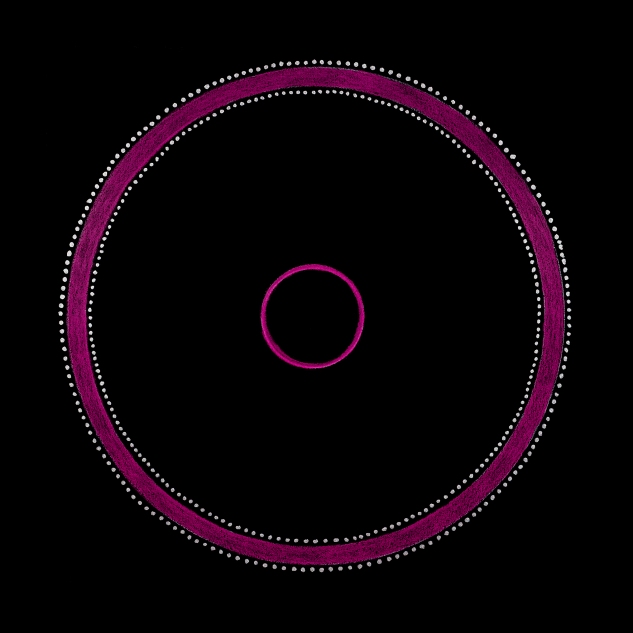 By seeing our root chakra as the circular Container of Life we can become active participants in the co-creation of our world.

Early humans saw the circular objects in the sky as sacred beings of light. The definition of a circle, 360 equidistant points around a central “one”, was inspired by a lunisolar year consisting of twelve, 30-day lunar months (12 x 30 = 360). Around 2000 BCE Sumerians created a numbering system with 60 as its base, which also equates to one unit. This sexagesimal system laid the foundation for modern geometry. The Sumerians arrived at this system by observing the movements of Jupiter and Saturn in relationship to earth. In Egypt, the Rhind Papyrus of 1650 BCE was the first written text to define the area of a circle or π as 3.1605.

In 800 BCE the Homeric Greek word “kirkos” was used to describe a hoop or ring. In Latin, the word circulus meant circle and circus. It was also used to describe the Zodiac as a “ring of animals”, which contained all the stars that were visible to humans on earth.

Around 300 BCE Euclid, a Greek mathematician, began to assign properties to circles. This was followed by Archimedes who correctly identified the exact calculation of Pi (π) as the ratio of the circumference of a circle to its diameter, or 3.14159. This theory still holds true today, through the use of super computers, π has been calculated over two quadrillion decimal points without a repeating pattern. Proving the infinite nature of the circle.

In Pythagorean terms, a circle can be seen as one unit, called a monad. A monad is both the creator of many and the sum of all. Circles are primordial symbols in the sense that they represent the organizing principle of life. They have inspired children as well as philosophers, mathematicians, astronomers, poets and artists.

Plato explained in his Seventh Letter that “the circle is a form that goes beyond definition or explanation.” It is this unique relationship between humans and circles that intrigues the mind and inspires new ways of thinking. Circles transcend the linear world they contain. They create unity within infinity by encompassing the vast diversity as one and all.

Its simplicity grounds us to the earth in our root chakra, while its infinite nature inspires us to cultivate and plant something new.

Message: We are in a period of manifestation. Release our attachment to outcome and trust in our potential and its infinite possibilities. Remember we are the container and the creator of our reality. 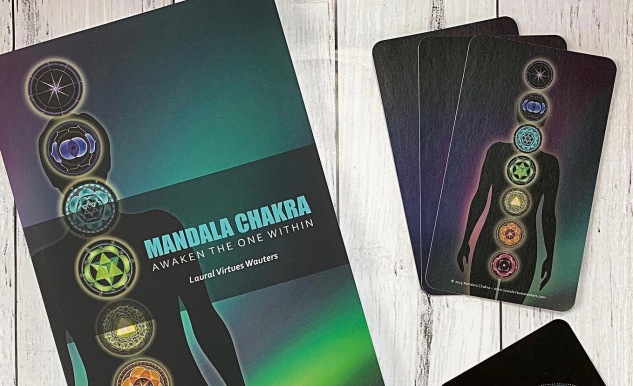